SETUP: After watching her help coach a little league team, the coach of a men’s team invites her to help out their struggling group. Although nervous about it, she agrees. Here’s what happens on the first day:

Altogether they had ten people for practice. Barbara worried about her rusty skills. Mercifully her first fielding play was a ball squibbed so softly between first and second bases she had plenty of time to get her glove in position to scoop it up, transfer to her other hand, and toss it to the first basemen. Muscle memory took over and her body knew what to do. The next grounder was a little harder, but she was able to retrieve it. When a sharper hit went to the shortstop, she moved to cover second base, though the throw went to first. Then Jerrold clobbered a ball over her head into shallow right field. Barbara moved to cover second base and waved, noting that Jerrold was already rounding first. She took the throw from the right fielder and put a foot on the base two steps before Jerrold got there. He glared at her but turned and headed back to the dugout. 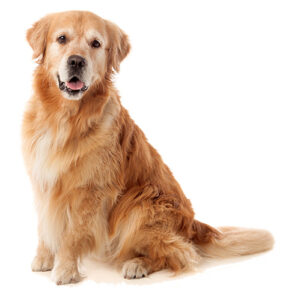 They had to stop practice for a few minutes when a stray dog wandered onto the field. None of the men recognized the shaggy beast and a couple tried to chase it off. The canine intruder retreated but started nosing around some of the bags the players had left at the side of the field. Probably a mix of several large breeds, the dog had matted, light brown fur over a body too thin for its size. The guys chased it away and the animal settled down in the shade of a tree off to the right of the field, apparently content to watch for a time.

Barbara took her turn at bat a few minutes later. Two pitches into it, one a ball and one a strike, she realized the pitcher was throwing much harder than he had earlier. Did having a woman at bat challenge him in a way that a man wouldn’t? Or was the catcher, clearly hostile, directing the increase? No matter. The next two pitches were both balls, far enough outside the strike zone she didn’t even offer at them.

Watching the pitcher’s release gave her a hint of where the next ball would go. She shifted onto her back leg and raised the bat. She expected a curve ball and got one. At the point where it slid down into her happy zone, Barbara stepped into it, swung, and connected right at the sweet spot on the bat. The ball sailed over the infield, between center and left fielders and hit just below the top of the chain link fence that formed the outfield wall. She took off and slid into third well ahead of the throw from Chris, playing left field.

Carl was on third and he gave a shout as she stood up and brushed off dirt. “Nice piece of hitting! I knew you had it.”

Several of the other players called congratulations as well.

Since they had so few players for practice, she didn’t stay on base, but retrieved her glove and took over at third, so Carl could have a turn at bat.

The dog wandered back onto the field. A couple of the men tried to chase him away again, but he retreated under a bench and refused to budge. He growled when one tried to drag him out by the tail. “Hey, Harper,” the man called. “Can you call Animal Control or just shoot the mutt? Get him away from here?”

Chris ran up and glared at the man. “I don’t shoot animals unless they’re going to be dinner or threatening someone. How do we know he doesn’t belong to someone who’s looking for him?”

The dog lifted a leg and scratched behind his ear. “Looks like he’s got fleas and heaven only knows what else,” the man added. The dog’s short fluff didn’t conceal that he was leaner than he should be.

Chris stared at the creature. “He doesn’t look well cared for,” he admitted. “It’s Saturday and Animal Control is short-staffed right now. It’ll be a good while before they can even get someone here.”

Barbara didn’t consider herself a dog person. Living in a city, she’d never thought about having a pet, since it would have to be cooped up all day in her small apartment, alone, while she went out to work. That didn’t seem fair to any creature.

She stared at the dog, and he turned his head to meet her eyes. His tail started wagging slowly. Barbara went to her duffel bag and pulled out a bag of cheese crackers she’d packed as a snack. She took one and held it out.

The dog eyed her and started forward, then stopped, wary of a trap. Barbara waited. Moments later he crawled a few inches from under the bench, took the cracker, and crunched it up. He licked the ground to get every last crumb and looked up at her hopefully.

Carl took off his ball cap and wiped sweat from his face. “Reckon we’re done here anyway. Getting too hot to practice. Game tomorrow night, everyone. I’ll email details. Just two more after that. None next week on account of the Fourth of July holiday, but then Tuesday after that and the following Saturday.” He looked at Barbara and said, “Give me your email address so I can include you.”

She found a card in her duffel bag, wrote her private email address on the back, and handed it to him. Another cracker went to the dog, who crawled farther out from his shelter under the bench to take it from her. He didn’t lunge or snap at the food she offered but accepted it gently.

The other players began to drift away, gathering their things, and getting in cars and trucks to drive off. Barbara gave the rest of the cheese crackers to the dog. A minute or two later both crackers and players were gone. Only she and Chris Harper remained at the field.

“I can’t leave him like this,” she said to Chris. “He’s obviously hungry.” She stared at the dog. “I don’t know what to do. Could he belong to someone around here?”

They scanned the area. A few houses stood up the road, but the only other buildings nearby were a school building and a used car dealership beyond it.

“I doubt it,” Chris said. “More likely he was abandoned. No collar and I don’t think he’s eaten for a while. Bet he needs water, too.” He got a bottle he’d brought, still half full, poured some into his cupped hand, and held it out. The dog slurped it up, licking every last drop from Chris’s palm and repeating that until the water was gone.

“Take him to the animal shelter, I guess,” Chris said. “They can at least tell if he’s micro-chipped. I kind of doubt it, though.”

“If he’s not?” Barbara stared at the dog, who looked back at her with eyes that begged for attention. Or maybe just more food.

“They’ll hold him for a while. Try to find someone to adopt him.”

“What are the odds of that?”

He shrugged and looked uncomfortable. “Probably not good.”

“And if no one adopts him?”

While Chris stared off in the distance, clearly reluctant to answer, she felt a damp tongue lick her hand. The dog backed away again, tail down as if expecting a reprimand or worse after daring to touch her. “It’s not a no-kill shelter, is it?” Her stomach clenched at the thought of this friendly animal being left to that fate.

He shook his head. “No.” He sighed. “I can’t take him home. My mother wouldn’t have him in her house.” He went to his truck and found some rope from a box in the bed. “I’ll take him to the shelter. I can fashion a harness for him so we can put him in the back of the truck. Follow me or not if you want.”

Barbara reached down to pat the dog’s head. His tail wagged like a metronome when she scratched behind his ears. Chris wound the rope under his body behind his front legs then around in front in a complicated arrangement to form a makeshift harness. The dog followed him willingly to the truck and jumped in, tail still wagging while the ends of the rope were tied to hooks on the sides of the truck bed.

“I’ll follow you,” she said, gathering her duffel and getting into her own car.

Pre-order Falling for the Deputy here. 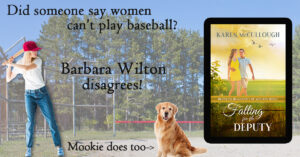