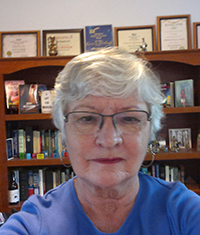 I’ve been writing for more than thirty years now, covering a variety of genres from romance to mystery to fantasy to suspense, etc. Most of my books get designated with multiple genre titles like romantic suspense, romantic mystery, paranormal mystery or romantic fantasy. Staying on one genre is just too limiting somehow.

On the personal level, I was born in New York and spent my early years in the Long Island suburbs before my family moved to the Boston area. I left the Northeast for the South when I went to Duke University in Durham, North Carolina. I graduated with a degree in Spanish and Anthropology from Duke and a wonderful husband whom I met while we were both undergraduates there. We live in Greensboro, North Carolina now and have three children and eight grandchildren.

After graduation from Duke, I spent a few years as a wildly miscast social worker, before I went back to school for a degree in computer science. I left the program a year later (without the degree), on getting a great job offer. 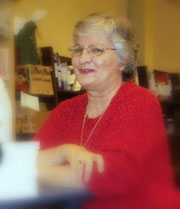 Fast forward fifteen years and I burnt out on programming computers. You can tell it’s happening when you start dreaming lines of COBOL.

I made a lateral move into writing software documentation, then writing about computers, and finally turned my hand to fiction. A number of fairly bad stories emerged, followed by a couple that were moderately good. But I noticed that they kept getting longer and longer, and realized I wanted to try a novel.

My first novel was bad, bad, really bad, but the next one was better, and the one after that still better. Finally, the sixth novel I wrote sold to Avalon Books for hardcover release. In rapid order I contracted with Avalon for three more books.

My career has been up and down since then, affected by personal issues, editorial staff changes, and publisher demises, but I’ve managed to publish a dozenl more novels and novellas with an assortment of publishers. I’ve been fortunate to be able to get back rights to many of my older published books and stories, and I’ve been busy republishing them as ebooks.

I have plans and ideas for lots more stories as well, so stay tuned!