I don’t have a cover or buy links for it yet, but here’s the blurb:

Lisa Harper comes from a well-to-do family, but she’s worked hard for her success in the advertising business. Offered the opportunity to propose a career-making ad series for the largest client she’d ever worked with, Lisa is determined not to let anything undermine the presentation she’s labored to put together.

She’s immediately challenged by the disconcerting resemblance of one of the client team members to the former fiancé who dumped her three weeks before the wedding. Then equipment she checked and re-checked refuses to work. Nonetheless, her company wins the account.

But that’s just the beginning of the obstacles she faces. Now she has to pull off what she’s promised, and that will require all her effort and concentration. With a tight budget and schedule, she can’t afford any more glitches or problems. A personal relationship with the client company’s handsome marketing director is out of the question, surely, no matter how well they get along or the near-irresistible attraction between them. With her career on the line, Lisa has no time for mistakes.

Also Coming Soon: Box sets of all of the No Brides Club stories.  Those will include No Time for Surprises (Box set 2) and No Time for Regrets (Box set 4). 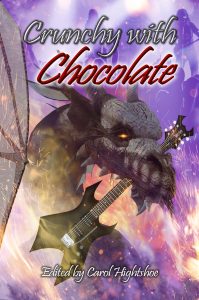 Crunchy with Chocolate
An Anthology of Dragon Stories
October, 2021 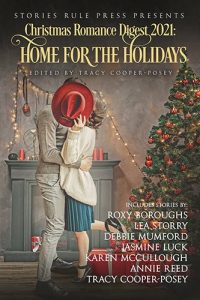 Home for Holidays
A Christmas Romance Anthology
November, 2021
Pre-order Here
My story is “The Ghosts of Christmas Present”

Going home for Christmas is not at the top of Lyndsay Williams’ list of things she wants to do, but when her foster brother Josh asks her to come, she agrees, though Lyndsay and the rest of her foster family have never been close. She arrives to find that Josh has also invited his best friend Aaron Hampton to join them. Lyndsay had a crush on Aaron growing up. At Josh’s wedding, she and Aaron found a special connection, only to have their reunion end in disastrous humiliation. Really, she’d hoped never to see Aaron again. The holiday promises to be memorable, though possibly for all the wrong reasons.

The BOULD Anthology releases sometime in November as well. I will have two stories in that one.

Also in progress is Playing at Murder, the latest in the Market Center Mysteries series, following A Gift for Murder and Wired for Murder.