What could be more intriguing to four small boys than a river’s edge? Especially one with places where they can get right up to water, throw stones in to watch the splash, and look around for fish and other aquatic creatures.

Fortunately South Bend is named for the twist in the St. Joseph river it occupies and features several nice places to walk alongside the water. One of them offers a few places where kids can get close to the edge, plus has the bonus of going by a playground that is an excellent goal and terminus. During our recent visit, we took advantage of the pleasant weather to investigate.

The boys spent time collecting pebbles and small sticks and enjoyed throwing them in the water. The oldest, L, moved a small piece of wood near the edge and jumped back startled when something he described as a “small lobster” swam out from underneath. Further observation confirmed that he’d disturbed a crayfish who swam quickly away. Sadly I couldn’t get a good picture of it in the muddy water.

After a short but pleasant walk that featured a few low walls for boys to walk and trees just made for climbing attempts, we finished up at the playground where the boys got a chance to run, jump, climb, yell, and slide to their heart’s content. 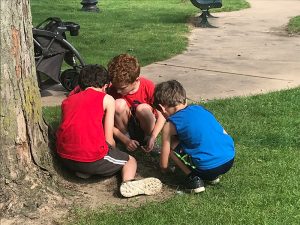 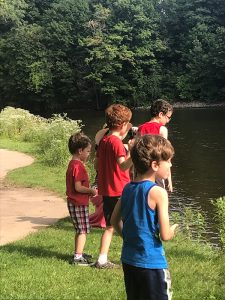 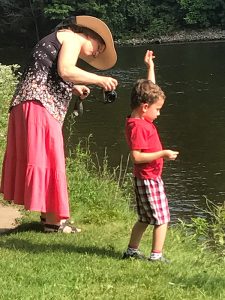 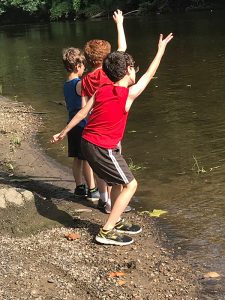 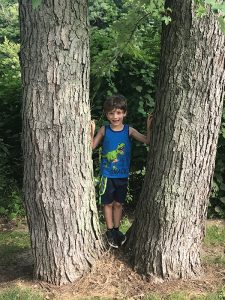 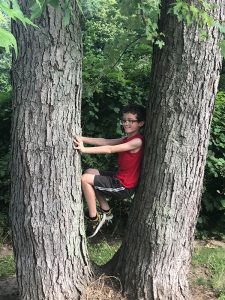 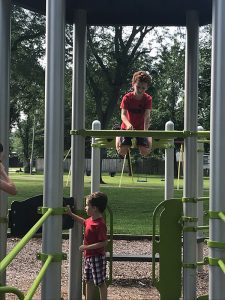 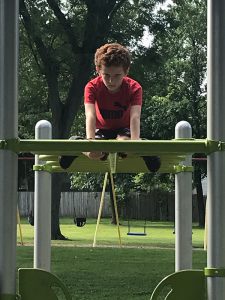 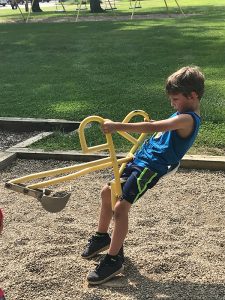 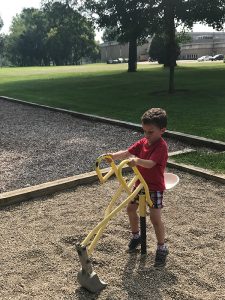