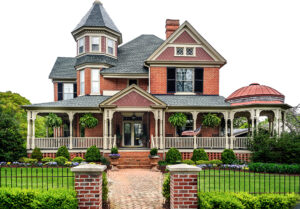 Now that the Carolina Crimes anthology is out and I’ve launched Playing at Murder, it’s time to tackle the next project. To give my brain a break between novels, I wrote a couple of short stories that will soon be in submission.

Because my brain likes variety, I’m not ready to launch into the next book in the Market Center Mysteries series.

Instead, I’ve started on a new book based on a couple of ideas that have been bouncing around in my brain for a while. At heart it’s a cozy mystery, but not exactly a standard cozy. This one is kind of a paranormal cozy mystery.

It’s set in a house that might be haunted or might be something else entirely. The place is home to an unusual group of people. People with paranormal abilities, kind of like super-heroes. Only their unusual talents don’t help these people. In fact, they almost cripple them. But the house seems to ease their pain and help them cope.

My heroine’s mother owns the house and manages the place and people in it…until she falls down the main staircase in the house and dies. Diane Jackson doesn’t believe her mother’s death was an accident. She sets out to prove it and find out who was responsible.

But that’s not the only responsibility she’ll be called on to accept. The house needs someone to manage it and Diane is her mother’s daughter.

The book doesn’t have a title as yet, though the house itself is named Treadwell House, and that might be what I use.

I’m also working on a couple of Christmas short stories on the side.  More on those later if anything pans out.