Early in my writing career – more years ago than I even want to think about— a wise older author warned me that if I wanted to have a career as a published author I’d need to grow a thick skin.

That seemed a bit odd to me since I knew most authors are actually pretty sensitive. You need to be if you’re going to write stories with enough depth and understanding of people that readers will relate to the characters. Like many authors I experience things deeply and my empathy quotient is high.

And yet, almost forty years in the business have forced me to grow that thick protective skin the old hand warned I would need.  Because I would not have survived the ups and downs of the publishing world for this long with sanity intact (at least I think it is!) without it.

Eons ago, it seems, after several years and probably a hundred or more rejections, the sixth complete novel I’d written finally sold to Avalon Books in 1989.  I went on to contract three more books with them over the next three years. I thought I had it made.

Then the editor I worked with at the time left and the new editor didn’t like my work as much as the previous editor had.  She rejected my next two books. It stung, but I kind of shrugged it off, thinking that with my published credentials I wouldn’t have any trouble finding a new publisher. I wanted to take my writing in a different direction anyway.

Five years and many, many more rejections later, I had a contract offer from a major New York publisher. Again I thought I had it made. A week later, before I’d even signed the paper, the publisher shut down the line I’d sold to and canceled the contract offer.

Two more years, many more rejections, and I got another contract offer from a smaller upstart publisher.  This time the paper was signed, but the company went out of business before my book saw the light of day.

A few more years and I was published by several different small presses, only one of which is still in business today (after being acquired by a larger publisher).  But in 2009 I sold a mystery novel (A Gift for Murder) to Five Star/Cengage, which published beautiful hardback books aimed at the library market.  The book, the first in a projected series came out in 2011.  Unfortunately life intervened in the form of my mother’s illness and death, and it took several years to write the next book.  But I completed it, and in early in 2015 I sent in Wired for Murder. I got an editorial acceptance a few months later. I waited for the contract. And waited. And waited.  After several months, I started to suspect the worst, and I was right. In January, 2016, Five Star announced they would be shutting down their mystery line.  They released all rights back to the authors.

I was back in the same old boat. At that point I decided to take things into my own hands and I’ve self-published the next books in the series.  Sales haven’t set the world on fire, but they’re not terrible either. Harlequin bought mass market paperback rights to Wired for Murder for the Worldwide Mystery Library imprint. I recently published the third book in the series, Playing at Murder. I’m now at work writing another book (possibly the start of a new series) and mentally plotting the fourth book in the Market Center Mysteries series.  I have ideas that will not be ignored.

In the meantime, I’m grateful that I’ve managed to grow that thick skin. Although I’ve had what might look like reasonable success in this business with more than a dozen books published by companies both big and small, I will never again think I’ve got it made. You never have it made in a business that changes as fast as the publishing industry.

Rejections still come and they still sting, but I get through it pretty quickly.  Bad reviews happen. Publishers come and go and sometimes take hopes and dreams with them when they die.

Now I’m the one who’s been in the business for a while and I’m passing on the best piece of advice I received when starting out. If you plan to pursue a career as a published author, grow a thick skin. There are so many things that can go wrong, can bruise you, cost you all your enthusiasm for writing, if you let them. For all the success I’ve had, I probably have fifty rejections for every book published. I’ve gotten my share of bad reviews. Publishers have folded; lines have ended; editors have moved on and left me with someone less appreciative of my work. You have to learn to deal with it. Or find a less stressful profession. 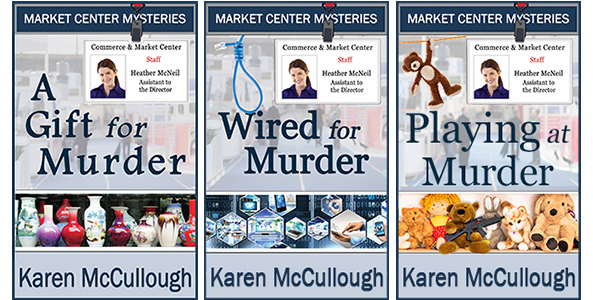