May was a busy month for me and my family, featuring a beach trip, visit from my daughter, along with her husband, and four sons, and a large family party. Plus we became great-grandparents!

The second week in May, we headed to Edisto Island for our annual beach trip vacation. Along with my sister-in-law, our two daughters, their husbands, and my younger daughter’s four sons, ages 5 to 10, we spent a pleasant and fun week in a large house right behind the dune.

We were blessed with near-perfect weather. Daytime temperatures were in the low eighties every day. Nights dipped into the sixties. Most days were sunny and clear. It was early enough in the season that the beach wasn’t crowded despite the glorious weather.

Three years ago all of the boys were intimidated by the surf and refused to go near it, but they’ve gradually been getting more comfortable with it.  You can see that the three oldest boys had a grand time in the water and the sand. The youngest, who is four, nearly five, preferred playing in the sandbox under the house rather than on the beach. 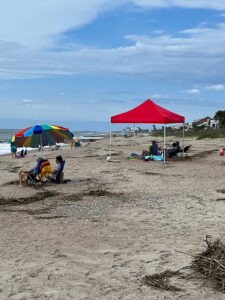 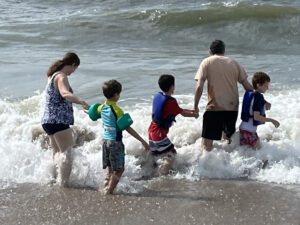 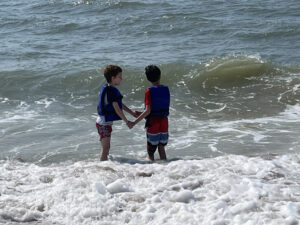 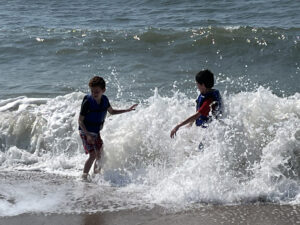 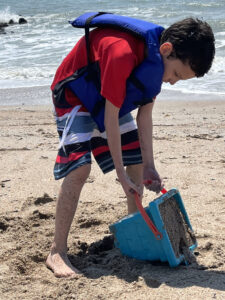 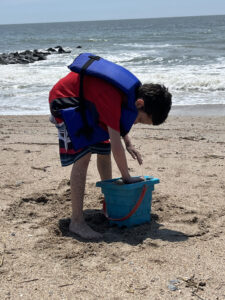 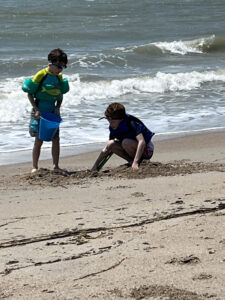 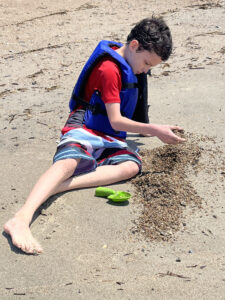 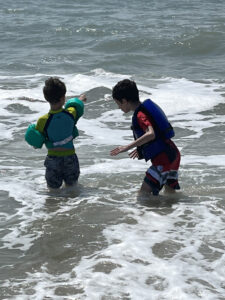 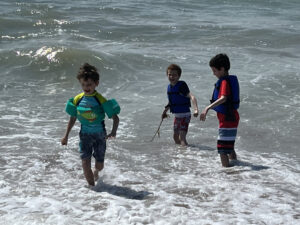