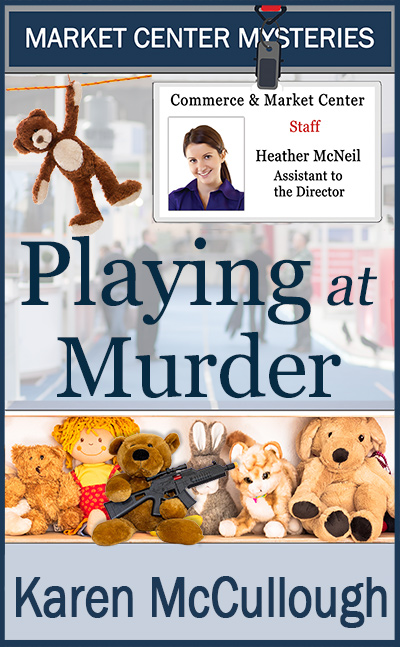 I have a cover, a blurb, and a release date for Playing at Murder. The cover needed some last minute changes when there was a problem with one of the images, which had to be replaced with something else.

Blurb:
Dolls, constructions sets, stuffed animals, craft kits, and more are the featured displays in the annual Games and Playthings Trade Show at the Washington D.C. Commerce and Market Center, where vendors seek to convince retail buyers to stock their products. Murder and destruction aren’t supposed to be on the program.

Releases on October 19th. Pre-order should be available in a week or so.