We had reservations for the Galleria Academia in the morning. It’s another art gallery, not as large or extensive as the Uffizi, but it contains what is arguably (but not very arguably) the most famous statue in the world, Michelangelo’s David. It’s worth the trip to Florence just to see it. It’s just an astonishing piece. I actually know very little about sculpture, but it’s almost impossible to look at this piece and not marvel. And there’s no way to describe it that does it justice. You just have to see it. Artist Giorgio Vasari has said about the piece: “Anyone who has seen Michelangelo’s David has no need to see anything else by another sculptor, living or dead.”  It’s hard to argue with. 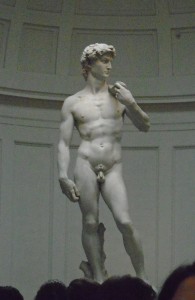 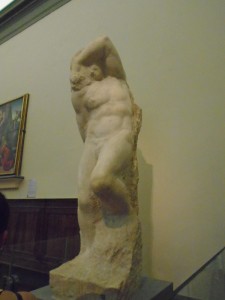 We proceeded to look at others anyway. The same room that houses the David also has an interesting set of other statues by Michelangelo, his unfinished pieces, The Prisoners and The Slaves. These are partially carved statues showing human figures that appear to be struggling to pull themselves out of the rock itself.  Scholars believe they were intentionally left unfinished. Not only to they convey their own message about freedom and dignity, they do a great job of showing some of Michelangelo’s technique and the difficulty of carving human figures out of rock.

In the afternoon, we found a travel agent to get our tickets for the next day’s trip to Varenna, then stopped for a leisurely lunch before heading back to the hotel for a rest. Later we did some shopping and made a gelato stop. 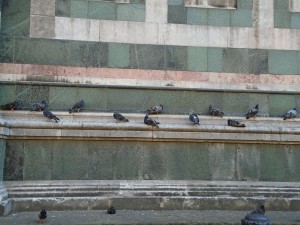 Pigeons find a nice cool, shady spot for an afternoon rest on the side of the cathedral.

In the evening we walked through the lower level of the Palazzo Vecchio, which is open to the public. There’s another art museum on the upper floors, but we were just too saturated with amazing art already.  The lower level features the mostly unrestored reception areas and courtyard of the palace with columns and more statuary. 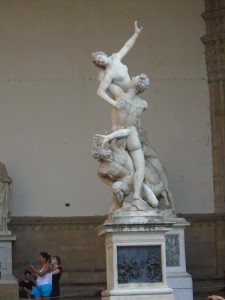 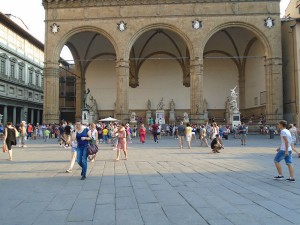 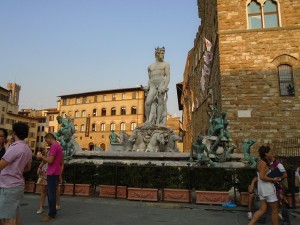 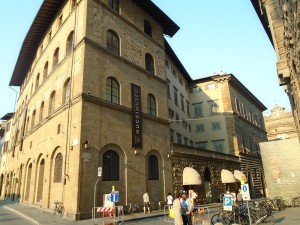 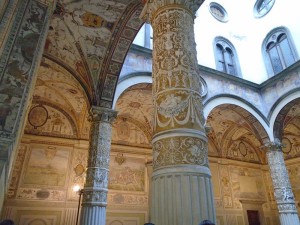 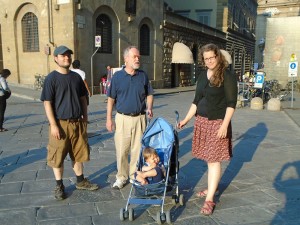