I grew up in a family that loved baseball. From my earliest days, the New York games in particular were a frequent topic of conversation, not surprising since we lived on Long Island. My Dad, who grew up in Brooklyn, loved the Dodgers, and only reluctantly transferred his loyalty to the Mets when they filled the National League void in the city.

I still remember my Dad taking myself and my brother to the Mayor’s Trophy Game in New York when I was a kid.  (Before the days of interleague play, teams in different leagues didn’t play each other during the season. The New York teams met in a pre-season game for bragging rights to the city. Need I say that in those early days of the ‘Amazin’ Mets’ they didn’t exactly dominate the series?)

But once in high school and college I didn’t pay much attention for a few years – until I was married and had kids and discovered I like sports better than anything else as background noise for my daily life.

Because I’ve lived in North Carolina for the last many, many years, I’ve grown to root for the closest major league team, the Atlanta Braves.  But most of the rest of my family lives in the Boston area, so I pull for the Red Sox, too.

Last year, when I visited my family, one of the highlights of the trip was a tour of that grand old dame of baseball parks, Fenway. Even though it rained, and in fact poured buckets during the twenty or so minutes devoted to visiting the green monster, we had a terrifc time.  Below are some pictures from the tour. 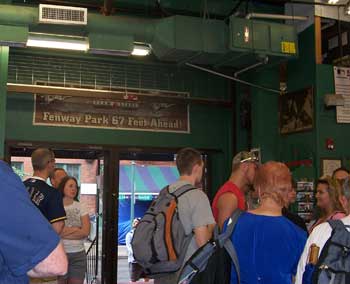 The tour actually starts in the gift shop across the street where you buy tickets and try not to buy a bunch of other stuff while you wait for the tour to start. 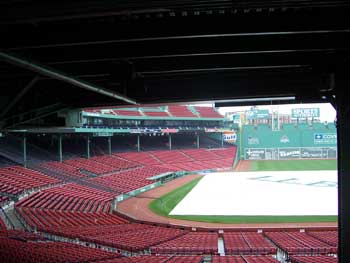 We started by sitting in the stands just to the right of home plate while the guide told stats and stories. 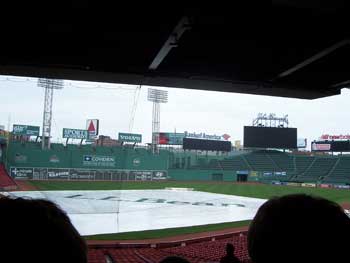 The view across the park to the green monster, the scoreboard, bleachers and light stanchions. 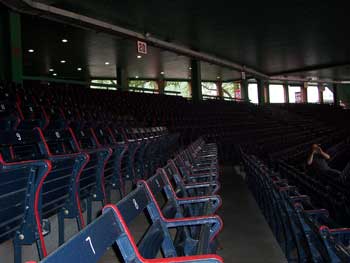 Some of the old original wood seats, repainted but no more comfortable now than they were when first installed. 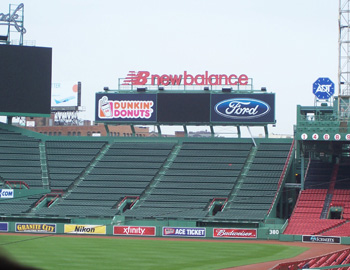 The center/right field bleachers including the "red seat" marking the spot where Ted Williams hit his monster 508-foot home run. 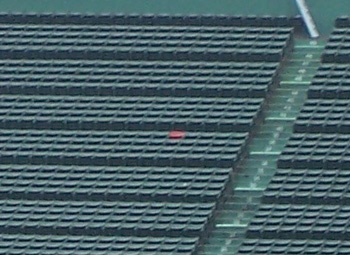 Close up of the bleachers, showing the red chair. The story says the ball actually punctured the hat of the man sitting in the seat at the time. 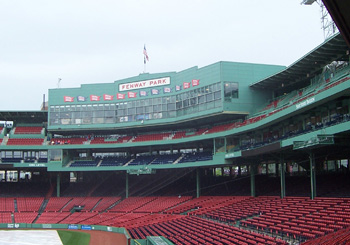 Looking back from the left side upper level back toward the main part of the stadium, including the boxes. 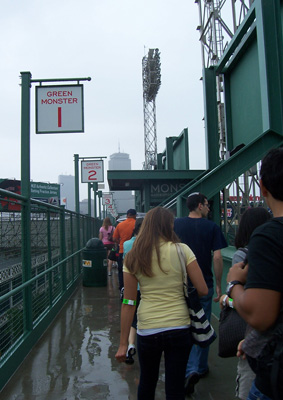 Heading toward the seats at the top of the Green Monster. 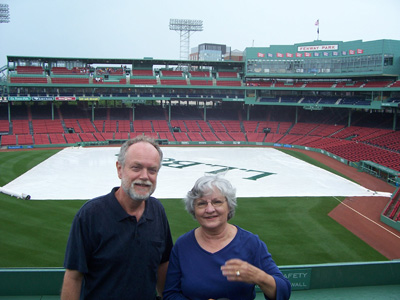 Jim and I in the seating area at the top of the Green Monster. It was raining buckets by then. 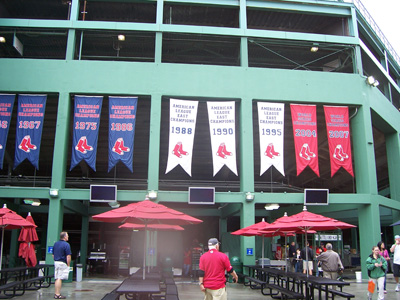 The Championship banners flying from the side of the stadium.

This entry was posted in Uncategorized and tagged baseball, Fenway, travel. Bookmark the permalink.