Posted on September 22, 2019 by Karen McCullough 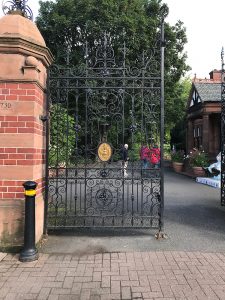 The Gate to the Botanic Gardens

We slept for almost ten hours and woke refreshed. After breakfast in the hotel, we set out. We took the subway to the Glasgow Botanic Gardens, which proved well worth the visit.

But first a word on the Glasgow subway – it’s wonderful! The simplest, easiest subway ever is a neat loop beneath the city. The only options are inner and outer. On the Inner loop the trains run in a counter clockwise direction while on the outer loop, the trains move clockwise. So even if you miss your stop either way, you’re not going to end up lost in some distant suburb. We each bought a ticket for unlimited use for the day, which cost 4.2 pounds per person.

Onto the gardens.  The Botanic Gardens are one of Glasgow’s proudest achievements, though the history is complex. But they’re spectacular. We didn’t walk all over the grounds because we had other things we wanted to do that day, but we did manage to go through both enormous glass houses and stop for coffee and a sweet at one of several tearooms on the grounds. 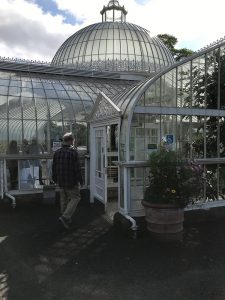 The Kibble Palace houses a large collection of plants from around the world, including many tropical varieties. Placards on some offer interesting information about some of the plants—odd growing patterns, places in local cultures, and uses of various parts.  The place also displays a number of sculptures from local artists as well as housing temporary exhibits and plant contests.

The second, enormous glasshouse, apparently referred to as the “MainRange Glasshouse” displays everything from cactus to ferns to a gorgeous array of flowers. I could have spent hours in there, just soaking in the amazing and amazingly beautiful variety of flora, but other things were calling.

Back to the subway for one stop to get to

the Kelvingrove Art Museum. This beautiful (and enormous) museum has 22 galleries (far more than we could manage to do in one day) that range from showing various aspects of local Scottish arts to collections of French and Dutch paintings from the last few centuries. The paintings include art from Monet, Pisarro, Renoir, Seurat, Millet, Van Gogh, Cassatt, Picasso, Breugel, and Rembrandt (but mostly some of their lesser works). Without doubt, the star of the collection is the original painting of Christ of Saint John of the Cross, by Salvador Dali, which was purchased from the artist himself by a former curator. 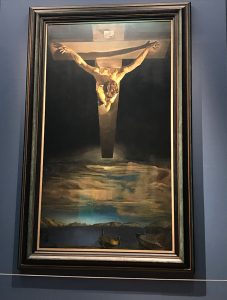 Christ of St. John of the Cross, by Salvador Dali

After soaking in most of the paintings galleries, we managed to gape our way through several other exhibits, including one that featured the design works of Charles Rennie Mackintosh and a few of his peers and collaborators working in the Art Deco style of the period.

We broke for a quick lunch, eaten in the main hall of the museum, under the elaborate pipe organ. After a visit to the shops, we headed back to the hotel, stopping at an OxFam bookstore to pick up a few things.

Dinner in a local restaurant near our hotel was pleasant. I indulged in one of my favorite new cocktails, an Aperol Spritz, and then went whole hog on the indulgence with a desert called Lemon Meringue Pie in a Cup. Scrumptious. We stopped in a shop or two as we walked back to the hotel and finally called it a night. 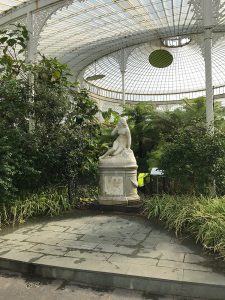 Statuary and Plants in the Kibble Palace 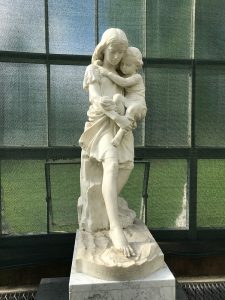 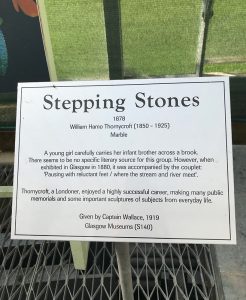 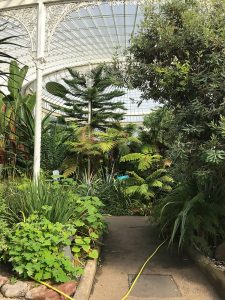 Plants displayed in the Kibble Palace 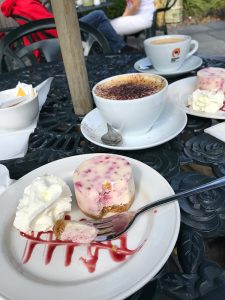 Coffee and raspberry cheesecake in one of the Garden’s tea rooms. 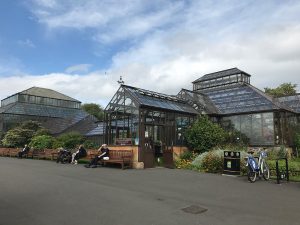 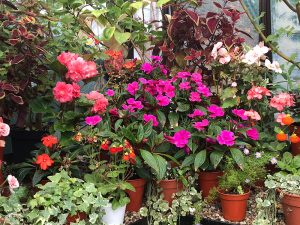 One of the glorious floral displays in the MainRange Glasshouse 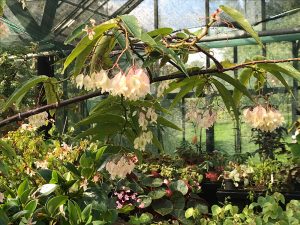 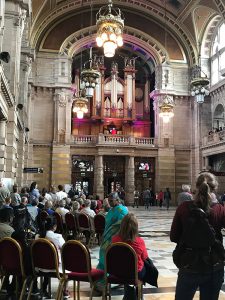 Interior Main Lobby with grand organ in the Kelvingrove Museum 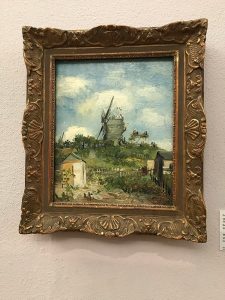 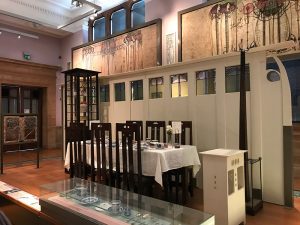 Part of the Charles Rennie Mackintosh display at Kelvingrove 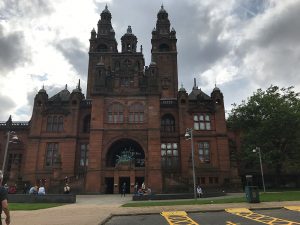 The other side of the Kelvingrove Museum. 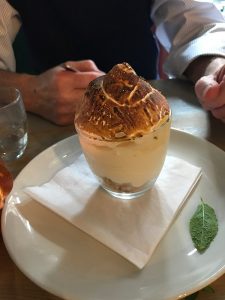 Lemon Meringue Pie in a Cup!